The Knights of Columbus are a men’s fraternal organization open to all Catholic men in good standing with the church. Originally started in 1882 by Father Michael McGivney to help support widows and orphans, it has evolved into an organization of nearly 2,000,000 members in over 15,000 councils, that help people of all types of needs.

We have several fundraisers throughout the year, including Pancake breakfasts, breakfast buffets, Tootsie Roll giveaways, a food wagon at several events and much more. Some of our beneficiaries include St. Dominic School, Northfield Women’s Center, Laura Baker School, Northfield Special Olympics, and several others. 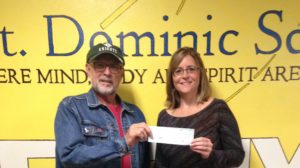 If you would like to become more involved in the church and community, meet new people, and help others by donating a few hours a year, contact David Ludescher or the church office.

Watch out for false prophets. They come to you in sheep’s clothing, but inwardly they are ferocious wolves.
Matthew 7:15
DailyVerses.net

To request a copy of your Sacramental certificate, please fill out the Certificate Request and return it to the parish office. Allow 7-10 business days for receipt of your certificate. 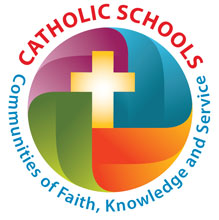 Print and fill out this form and return it to the parish office.